The Biggest Bang You Never Heard – Revolutionizing the Garbage Can 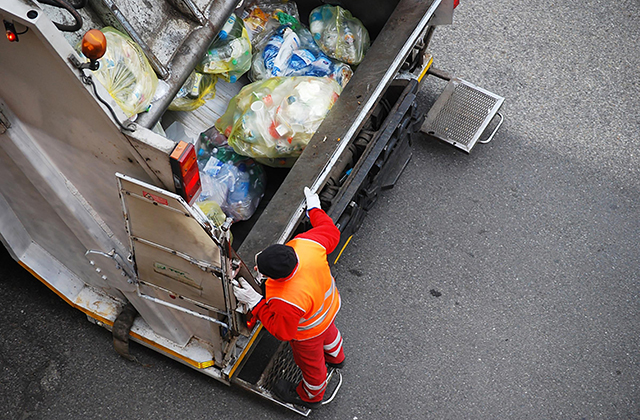 Doing a religious office rubbish removal Sydney every week is the first step to help our planet. A few years ago, I attended the opening of the new public library in Evanston, Illinois, a suburb of Chicago. The event featured the unveiling of a commissioned sculpture by internationally renowned artist Richard Hunt, who was one of my fellow students at The School of Art Institute of Chicago during the early 1950s.

As I stood near the refreshments waiting to speak with Richard after the ceremony, I spotted something remarkable. The director of the Center was in earshot, so I said to her, “If I had known you guys were going to display my artwork here, I would have autographed it.”

“You have a piece of work here?” she asked.

“Oh, is that your can?” she replied. “If we had known that, we would have cleaned it up!”

As it turns out, she had attended art school in Detroit and knew about industrial design. I designed the can in the mid-1960s, while working for Sears, Roebuck and Company. Looking back at my career, it was one of the most significant and innovative products I ever created. When that can hit the market, it did so with the biggest bang you never heard – everyone was using it, but few people paid close attention to it.

Designing the Can
In the early 1960s, blow molding was increasing as a process for making housewares, and Sears was often at the forefront of product innovation and development. Richard Palase, a chemist in Sears’ laboratory, proposed making a refuse container of blow-molded polypropylene, and recommended it to Alan Karch, a Sears buyer. With Karch’s support, Sears assigned a team of technical professionals to the challenge. I was the designer on the team, and after numerous planning sessions with the prospective manufacturer, we established the product direction.

As with every product, though, the devil was really in the details. We needed to meet the recommended criteria: a dark color was recommended to withstand the outside weather and ultraviolet rays; the container needed handles for transporting from one location to another; a sloped lid shape to allow rain or melting snow to run off; and hand grips on the bottom for ease when emptying. The container would also have to withstand heavy impact from dropping and hitting. The lid would be designed to make it easy for the owner to remove, but difficult for animals such as dogs or raccoons. The shape needed to be one that nested, in order to maximize shipping quantities. And, the surface had to be textured to assist in preventing scratches from shipping and usage.

To convince people how much better this can was than previous ones, we put together a test: We froze the can at 40 degrees below zero for a couple of days, put a 50 pound bag of sand in it and threw it off the top of a five-story building. The thing didn’t break! It just bounced.

We knew we were onto something, so Sears marketing decided to coordinate an even bigger stunt: they dropped the can out of a helicopter, and it performed well again. The refuse container was granted a patent for design details of its lid, which resisted opening if the container fell or was knocked on its side. The product was very successful and profitable for Sears. Other design generations followed which added wheels and a rectangular shape to accommodate better use of interior space with filled grocery bags.

Life Factors Into Design
Throughout my career as an industrial designer, which included 33 years at Sears, 85 percent of my effort went into designing consumer products to improve people’s everyday quality of life. I designed everything from binoculars to baby cribs, televisions to toothbrushes and almost everything in between, including a lot of sewing machines. In fact, someone who had heard about my work once said, “You designed all those sewing machines? Well, you must be the Michael Jordan of sewing machine design!”

Arguably Michael changed the game of basketball, but I don’t think designers can change the world. Rather, they can take what’s here and make the best of it. Form and shape work best when they just seem to be there, not forced. I tried to make things appear as if they just belong; that they didn’t need to scream, “Look, here I am.” My best efforts resulted in products that did their job as expected – you look at it, right away guess what it is supposed to do, and that’s exactly what it does. Or maybe I should say that the visual statements express a harmony with why the product exists – what it does; how it is made; what it is made of – while looking pleasing if not beautiful.

So much of life factors into the design equation: business considerations, the social and natural sciences, art, engineering or communications. Designing for me is living with an understanding and sensitivity to these areas, and having the ability to solve a specific need – like the need for a quieter yet durable garbage can that didn’t rattle and bang loud enough to wake the dead on a quiet suburban street of the 1960s.

I once had a plaque over my desk that read: “How do you define a designer? You don’t. You describe him.”

The plaque went on to describe a person with an eye for aesthetics and a concern for profits; who understood production and cost problems; and who had a complete working knowledge of many materials. Above it all, it described a person who prefers to design from the inside out because he was every bit as concerned with the product’s function as he was with the product’s appearance.

Charles Harrison is a retired industrial designer who developed more than 750 manufactured products over his decades-long career. In 2008, he became the first African-American to ever be accorded a Lifetime Achievement Award from the National Design Awards.